On 30th July 2018, the government of Assam , a state in the Indian North-Est, published a National Register of Citizens. Of its residents, 4,000,000 people and counting did not find their names on the Register.

Amid fears about the fate of these people, the real and increasing concern around statelessness, the modalities of having separate citizenship registers within a federal structure, and the history of the Assam Accord: CRG sought to lay bare the issues at stake in a roundtable discussion.

In this piece, Sanam Roohi critically explores the notion and praxis/implications of migrant led development in the country of origin, in this context India. Going beyond the dominant discourse of studying this process through remittances, she argues there is need to delve deep into the multifarious ways a migrant is associated to the place of origin. A transnational perspective thus entails a grasp on the complexities of migrant resource flows and exchanges. END_OF_DOCUMENT_TOKEN_TO_BE_REPLACED

Read this New York Times article to find out how Myanmar is systematically erasing the history of the Rohingyas in the country while also murdering them en masse.

The second phase of refugee influx into West Bengal, especially by the once powerful caste group, namashudras, continues to be ill documented in social science literature of the day. Through the narrative of a young caregiver, Bharati Das, Parimal Bhattacharya makes an important intervention in documenting these lives, as well as, through the trope of a video recording, makes marginalised voices heard.

END_OF_DOCUMENT_TOKEN_TO_BE_REPLACED 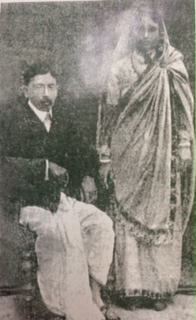 Marriage in most cases entails a shift of location for the woman as she moves from her natal home to her husband’s home. For Hariprabha Mallick, who married a Japanese migrant labourer working in a soap factory of Dhaka in 1907, matrimony entailed a trip to Japan to meet her in laws.  Madhurima Mukhopadhyay writes in two parts about Hariprabha’s extraordinary experiences in Japan. Here is the first part.

END_OF_DOCUMENT_TOKEN_TO_BE_REPLACED

[As a part of my research on Conflict and Social Governance in North East India (Principal researcher Prof. Paula Banerjee), I went to Nagaland for 10 days between May 1 and May 10, 2017.[i] This field report, written immediately after coming back from Nagaland is based on interviews and informal conversations conducted in Dimapur and Kohima.]

It was 7pm on a Monday, when I came out of the office of Morung Express, a well circulated daily of Nagaland, after interacting with one of their journalists, Aheli Moitra. Morung Express has provided a platform to scholars and activists involved in the new protest movements within the state. It was the first day of my field visit and also the first time when fear gripped me. Completely immersed in darkness, the road ahead was deserted, with no transport in sight. Aheli was unperturbed and helped me get an auto, which charged almost double to commute back to the hotel. Answering my protests to the increased fare, the driver said in Hindi, if translated which means, “It’s not safe here madam in the evenings, and you won’t find transport to take you back, so I am charging you double”. “Why”? I asked. “Things are much better now, so why do you say it’s still unsafe”? “Madam, there is no guarantee and the people here (read Nagas) always target the outsiders like us”. The auto driver, Shambhu, was a resident of Bihar. I reflected back to my conversation with Aheli on the same evening, some time back. Aheli is a Bengali by birth, and has been raised in various parts of India, which prompted me to ask, where does she situate herself in the state? Does she feel safe being an ‘outsider’ there? Her answer was, “Of course. More than I would in Bengal. There are no problems in Nagaland, especially regarding the safety of women. There is not a single problem that I have faced in my last three years in the state. I am happy with my work here. Only at times I crave to go back to the proper city life as everything is so quiet here”. From my experience of touring Nagaland in the next ten days, I had to agree with Aheli. I was helped by every stranger I met and interacted with, although a nagging discomfort of working on a subject that rarely evokes empathy remained through out the field work. END_OF_DOCUMENT_TOKEN_TO_BE_REPLACED

The borderland is not just a straight-line, but a way of life for the borderlanders—a space to adapt, reject and negotiate with the interests of two sovereign nations. 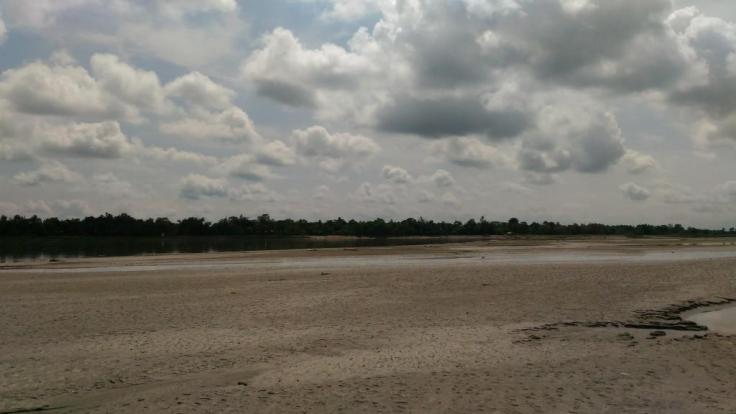 On 8 October 2016, my friend and I reached Chhit Bangla (also known as Chhit– Tiloi), which used to be a fragmented territory of Bangladesh that fell in India. This place currently overlaps Char Balabhut which falls under Tufangaj, a sub division of Cooch Behar district of West Bengal. Bits of the land are further fragmented at places by Dhubri district of Assam. The Char (meaning a sandbar or river island) is separated from the mainland by the ‘International waters’. Across the waters, in Chhit– Bangla we met a woman, introduced as Kaushinmoi Bewa, the sole inhabitant of the region, who lived there with her daughter.