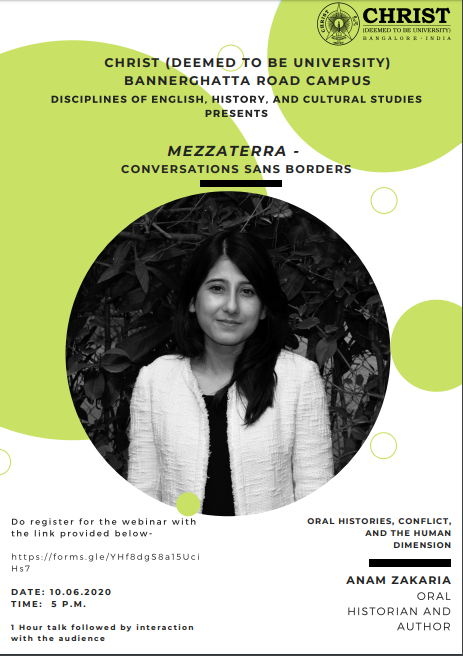 A short report by Nirajana Chakraborty on a webinar- “Mezzaterra: Conversations Sans Borders” with  Anam Zakaria, Oral Historian and Author, as the speaker,  organized by the Department of English, History and cultural Studies, Christ (Deemed to be University), Bannerghata Road Campus on 10th June 2020. 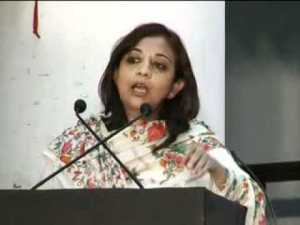 Anuradha Bhasin is Executive Editor, Kashmir Times. She is a writer and a peace activist involved in campaigns for human rights’ violation victims in Kashmir, crimes against women as well as India-Pakistan friendship. Apala Kundu of CRG interviewed her in June 2018. The following is excerpted from it.  END_OF_DOCUMENT_TOKEN_TO_BE_REPLACED

[This lecture was delivered in Calcutta on 9th June, 2017, as part of Calcutta Research Group and Rosa Luxemburg Stiftung’s research on the Social Mapping of Infrastructure.]

It would be no exaggeration to state, that there has been more written on the China Pakistan Economic Corridor (CPEC) in the Pakistani press over the last two years when the project was initiated, than perhaps any other economic or financial relationship which has affected Pakistan. In this short span of time, more words have been written on what is being called a ‘game changer’, a ‘fate changer’, a project which will transform Pakistan permanently making it part of the developed world, than on the IMF (on which Pakistan has had a huge dependence for 30 years), the World Bank or foreign aid to Pakistan over many decades. Moreover, the nature of the narrative and the discourse around CPEC, compares very differently with any other financial and economic relationship in the past. Although the US has been Pakistan’s largest donor over 70 years, there has been much criticism of the type of this financial, economic, and subsequently diplomatic relationship, where the US has been seen to be the dominating partner, always asking Pakistan to ‘do more’ for all the monies poured into the country. Similarly, even though the IMF continues to save Pakistan at critical junctures by providing emergency loans and assistance, no structural adjustment package comes through without much debate and criticism from different sections of society. While there have been some questions raised on the Pakistan-China partnership, the tone and content of discussion has been very different, and even sceptics and those who question some of the terms of the new relationship, concede that much, if not all, is more good, than bad. END_OF_DOCUMENT_TOKEN_TO_BE_REPLACED